Stay up to date with all of the latest news with SZapp!

Please click here to read this week's edition of The Catholic Voice.

OPENING MESSAGE FOR CHAIR OF SCHOOL BOARD What a first half of 2020 it has been! First the bushfires, and then the COVID-19 pandemic.

Having worked in education for more than two decades, I remain enormously impressed and grateful for the professionalism and unfailing commitment of all the staff at Holy Trinity during a very significant period of unanticipated disruption. Their ability to deliver quality learning outcomes virtually, in such a short period of time, was truly remarkable. Their work in minimising any impact on our children’s learning, and keeping them connected socially to each other and to the school was outstanding. This would not have been an easy journey for staff, and I extend my sincere thanks and gratitude to all staff at Holy Trinity for all they have done, and continue to do, during these challenging times.

I was also most impressed with our children during their remote learning period, who adapted quickly to the new ways of learning virtually, very ably supported by their parents, family and carers.

I know that my own children were very excited to return to school when able to do so, not only to see their friends and teachers, but also to resume their schooling face-to-face. I know the other students at Holy Trinity shared this ‘return-to-school’ excitement too.

I suspect that many parents were probably more than a little bit excited when their children returned to school as well. Not that having our children at home wasn’t wonderful, but because, well, teaching them was not always easy. Especially when having to try and work and support their learning at the same time. This experience has left me with a renewed respect for our teachers; and I suspect I am not the only parent to hold this sentiment.

With the end of semester one upon us at the end of next week, our children and the staff at Holy Trinity will commence a well-earned break from classes. I hope that you all have an opportunity to find some quality time with your family, enjoy some rest and recuperation, and re-energise before term 3.

Many children from our school community celebrated their First Reconciliation this weekend. The remaining children will receive the sacrament over the coming weeks. Please continue to keep these children in your prayers.

Due to the resent easing of restrictions, Fr John has now begun celebrating Masses once again. All Mass times will remain the same, but due to social distancing measures, all Masses will be celebrated at Holy Trinity, Curtin for the time being. There is a limit of 100 people that can attend each Mass, and the Parish will accept booking online, or via a phone call to the office. 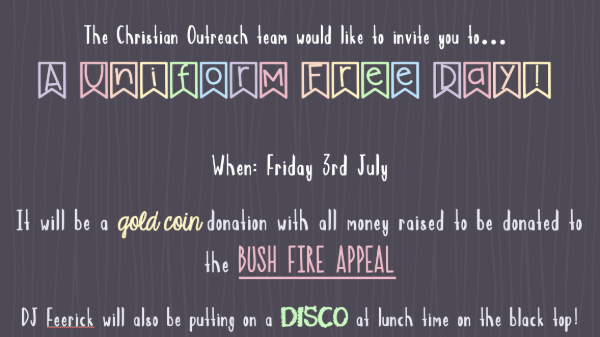 Please see the message below from our Youth Minister Grace!

It's Grace, your Youth Minister retouching base after what has been a bizarre start to 2020 for all of us! This is an update about our exciting faith and spirituality plans for Term 2/3!

I hope in this time of quarantine you have been able to see some silver linings and ways in which God is working for the good in your life even through difficulty. I now have a greater appreciation for 'COMMUNITY LIFE.' Essentially this is the heart of the Chuch's mission - to unite all people in the love of God and one another! Our long term vision for the Holy Trinity community is exactly this; to bridge school and parish so that we can BELONG, BELIEVE and BECOME together! I would like you to feel that our Church can once again be a place where you can find support and a strong sense of FELLOWSHIP and FAMILY!

To do this we have a few exciting plans...

1. Children's Liturgy during Sunday Masses
For those with younger children, we will be restarting a regular Children's Liturgy during Sunday mass. Children have the option to participate in faith-based activities instead of attending the full mass with their parent/guardian. If you are a parent/carer who is interested in being on the roster for Children's liturgy or would like to inquire, contact me! We need volunteers to help run this :)

2. Youth Group (10-12 yearolds)
Father John, Maddie Greenwood (co-parish youth minister) and myself are working towards starting a monthly Youth Group for Holy Trinity and St Peter and Paul which will be held Sunday afternoon. More information will be available soon so keep an ear out if you'd like your children to participate!

The Holy Trinity Youth Ministry Team has been meeting on Fridays at lunch time, learning faith-related songs and dramas to showcase and teach to the lower grades in Term 3 and 4. Last week the team made a 'Message of hope video' which you can find on our Weebly website! Click here

This week we talked about 'The Parable of the Lost Sheep' and the team created a drama that reflected the message of inclusion and equal human dignity. God loves each human life regardless of skin colour, gender, race or differences and He will not leave anyone behind! 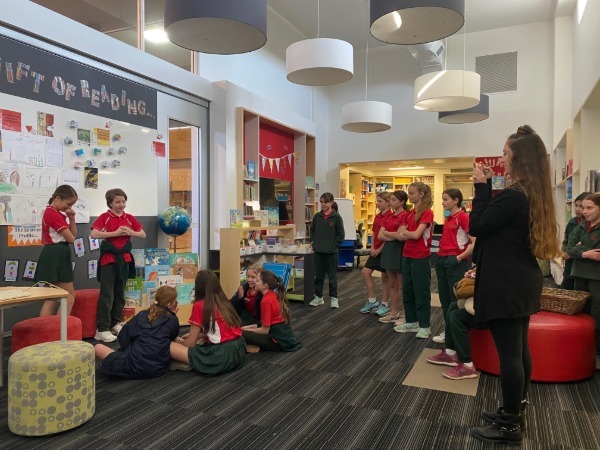 Head to our Parish Youth Ministry website to find these resources and videos, we will be uploading them regularly for the school community! That is all from me, if you have any questions or feedback about how we can grow our parish community please don't hesitate to contact me!

The ELC will be hosting a School Holiday Program 6-17 July for Preschool, Kindergarten and Year One children.

Please click here for the booking form. Places are limited and priority is giving to preschoolers and children already enrolled at the ELC.

The program is open from 8am-5.45pm each day of the holidays.

Personal problem-solving is an under-rated skill shared by resilient children and adults. First, identified alongside independence, social connection and optimism by early resilience-researchers in the US, the ability to solve your own problems is the basis of a child’s autonomy and self-efficacy.

When parents solve all children’s problems we not only increase their dependency on adults, we also teach kids to be afraid of making mistakes and to blame themselves for not being good enough. As I noted in my book Anxious Kids, this is fertile ground for anxiousness and depressive illness.

So how can we raise kids to be courageous problem-solvers rather than self-critical, low risk-takers?  Here are six practical ideas to get you started:

Turn requests for help into problems for kids to solve

Kids get used to bringing their problems to parents to solve.  If you keep solving them, they’ll keep bringing them. “Mum, Sarah’s annoying me” “Dad, can you ask my teacher to pick me for the team?” “Hey, I can’t find my socks!”  It’s tempting if you are in a time-poor family to simply jump in and help kids out. Alternatively, you can take a problem-solving approach, cuing them to resolve their own problems and take responsibility for their concerns. “What can you do to make her stop annoying you?” “What’s the best approach to take with your teacher?” “Socks, smocks! Where might they be?”

A problem-solving approach relies on asking good questions, which can be challenging if you are used to solving your child’s problems. The first question when a child brings you a problem should be: “Can you handle this on your own?” Next should be, “What do you want me to do to help you solve the problem?” These questions are not meant to deter children from coming to you. Rather to encourage and teach them to start working through their own concerns themselves.

Coach them through problems and concerns

Imagine your child feels they were unfairly left out of a school sports team by a teacher and asks you get involved. The easiest solution may be to meet with the teacher and find out what’s going on. You may or not resolve the problem but in doing so you are teaching a child to become dependent on you.  Alternatively, you could coach your child to speak to the teacher themself and find out why they were left out.  Obviously, there are times when children need their parents to be advocates for them such as when they are being bullied, but we need to make the most of the opportunities for children to speak for themselves. Better to help your children find the right words to use and discuss the best way to approach another person when they have problems. These are great skills to take into adulthood.

Prepare kids for problems and contingencies

You may coach your child to be independent – walk to school, spend some time alone at home (when old enough), catch a train with friends – but do they know what to do in an emergency? What happens if they come home after school and the house is locked? Who do they go to? Discuss different scenarios with children whenever they enter new or potentially risky situations so that they won’t fall apart when things don’t go their way. Remember, the Boy Scouts motto – “”Be Prepared!

Sometimes you’ve got to show faith in children. We can easily trip them up with our negative expectations such as saying “Don’t spill it!” to a child who is carrying a glass filled with water. Of course, your child doesn’t want to spill it but you’ve just conveyed your expectations with that statement. We need to be careful that we don’t sabotage children’s efforts to be independent problem-solvers with comments such as, “Now don’t stuff it up!”, “You’ll be okay, won’t you?” , “You’re not very good at looking after yourself!”

Would a child who accidentally breaks a plate in your family while emptying the dishwasher be met with a ‘that’s really annoying, you can be clumsy sometimes’ response or a ‘it doesn’t matter, thanks for your help’ type of response? Hopefully it won’t be the first response, because nothing shuts down a child’s natural tendencies to extend themselves quicker than an adult who can’t abide mistakes. If you have a low risk-taking, perfectionist child, consider throwing a little party rather than making a fuss when they make errors so they can learn that mistakes don’t reflect on them personally, and that the sun will still shine even if they break a plate, tell a joke that falls flat or doesn’t get a perfect exam score.

As I’ve often said your job as a parent is to make yourself redundant (which is different to being irrelevant) at the earliest possible age. The ability to sort and solve your own problems, rather than step back and expect others to resolve them, is usually developed in childhood. With repetition and practice problem-solving becomes a valuable life-pattern, to be used in the workplace, in the community and in family relationships. 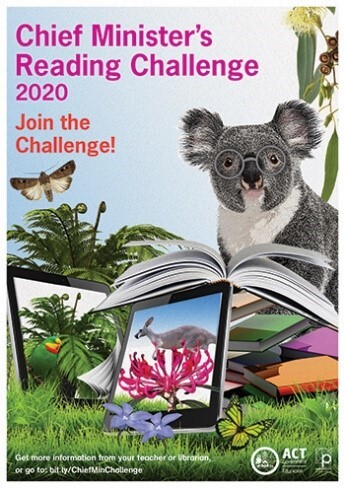 Just a friendly reminder for those participating in the CMRC
for 2020 - There is only 5 weeks to go.

Most children have completed the challenge in their classes or in library lessons.  A book read plus an activity completed, counts as two books.

Those who complete the challenge individually, receive acknowledgement on the school display (outside of kindergarten), a raffle ticket for a Redgum book voucher and might even get to come along to the awards ceremony with me (COVID permitting).

For those wishing to work on the challenge over the holidays, CMRC forms are available in the basket outside of the library.

Thank you for all of your hard work,

We love our new Tuckshop 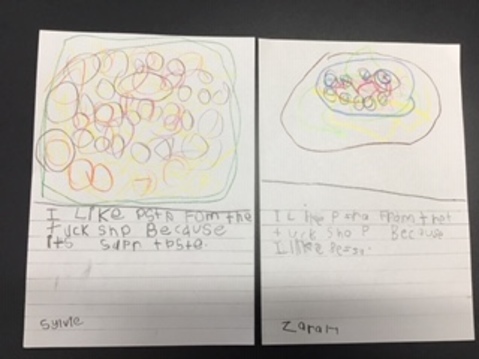 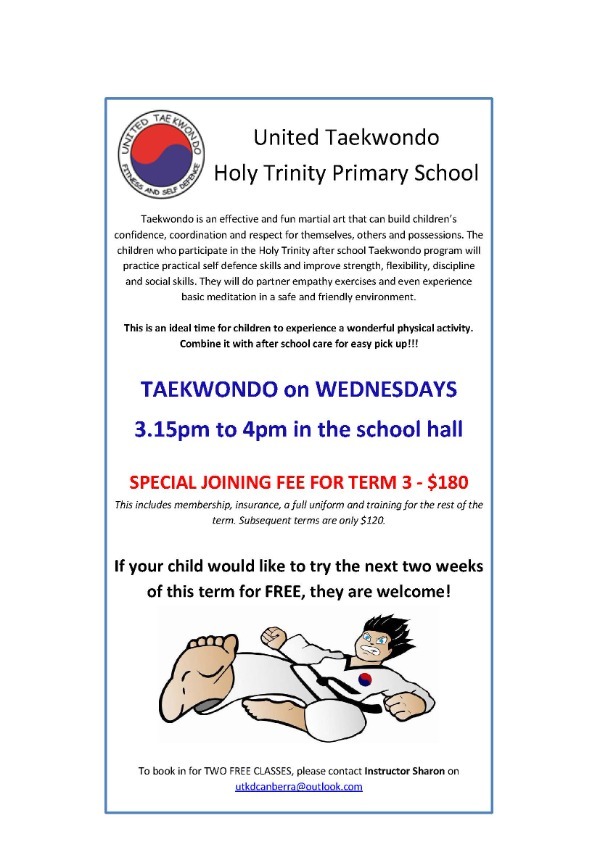