Stay up to date with all of the latest news with SZapp! 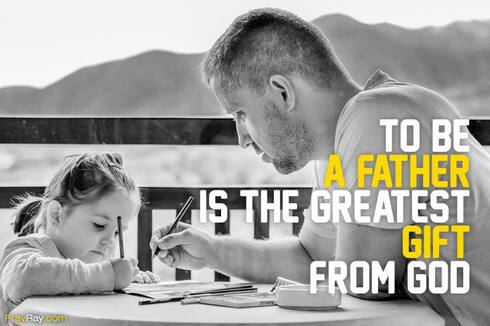 I thought I would begin this week's newsletter focussing on Father's Day, with an excerpt from an article by Michael Grose:

"If, through whatever circumstance, you didn’t have a good man close to you in your life as a child, then start the process with your own kids. Many men who have gone before you weren’t close to their own fathers, or had fathers who were ineffectual, but they became great fathers despite their circumstances.

With public life increasingly producing male role models of dubious quality, it’s up to dads and other significant males in the lives of children and young people to be good men, strong men and men of honour.

That’s the legacy that we leave.

Thank you to all families who contributed so generously to our Walkathon this term. All money was due yesterday, and our tally has certainly reached well over expectation!  Thank you also to Annette Cannell who has spent much time sorting the funds and to Jennifer Graham for her overall organisation of the day, which was such a wonderful event for our community.  Next Friday, 7th of September, at our morning awards assembly in the hall, we will be presenting our walkathon prizes.

Once again,  enjoy a wonderful Father's Day on Sunday and I hope to see many of you tomorrow morning at our Father's Day activities.

With every best wish for a holy and peace-filled week ahead with your beautiful families,

Tomorrow morning at the Father’s Day Breakfast, will be your last chance to buy a ticket to go in the draw to win one of three prizes in our Father’s Day Raffle. A huge thank you to the three businesses who have donated a prize in the raffle. Thank you to Innovation Hair And Body, Green Carbon Cleaning Service and PowerKart. Make sure you have a ticket ($1) before the draw at the Friday Morning Assembly. Don’t forget to bring your gold coin tomorrow so you can pick something special for dad or another male figure from the Father’s Day Stall.

This week students will bring home a Grandparents Day Invitation for our up and coming Grandparents Day celebrations (Friday 15 September 9-11am) with a Prayer Assembly (led by Year 1), classroom visits and morning tea (Kindergarten families to supply). We ask that you return the RSVP part of the invitation so we have some idea of numbers attending.

Students that will be celebrating the Sacrament of Reconciliation in November, will be bringing home enrolment forms this week. Please read and fill them out so you can return the forms back to the parish.

Thank you to all the families that attended our Parish and First Eucharist Presentation Mass last Saturday night. It was wonderful to see all the staff and families coming together to show their support for the students and their families preparing for this sacrament. On Tuesday the Year 4 students, who are completing the Sacramental Religious Education program, met with Father John. Father talked to the students about the different parts of the mass focusing on the importance and meaning of different objects, words and actions of the priest and the congregation. Thank you Father! 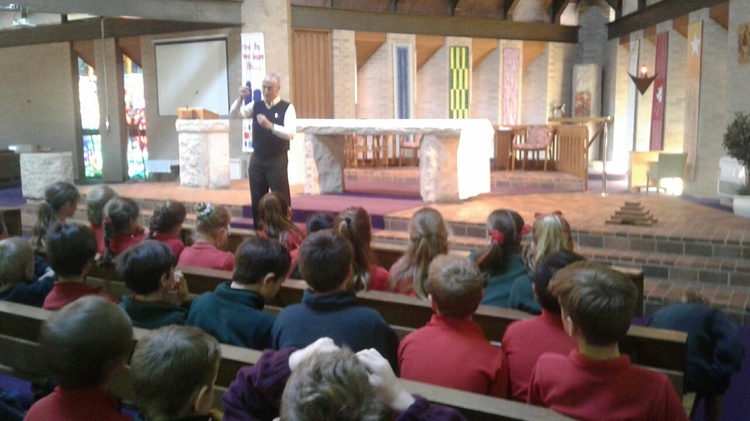 Book Week Celebrations were held last week and as promised involved much laughter, dancing and fun. The kids (and staff) had a ball, looked fantastic and enjoyed celebrating everything that is great about books. We paraded around the hall, had parties, enjoyed a staff production, listened to a story teller, had competitions and laughed and laughed. Thank you parents, grandparents and carers for all the effort and care taken with costumes, food and smiling children. 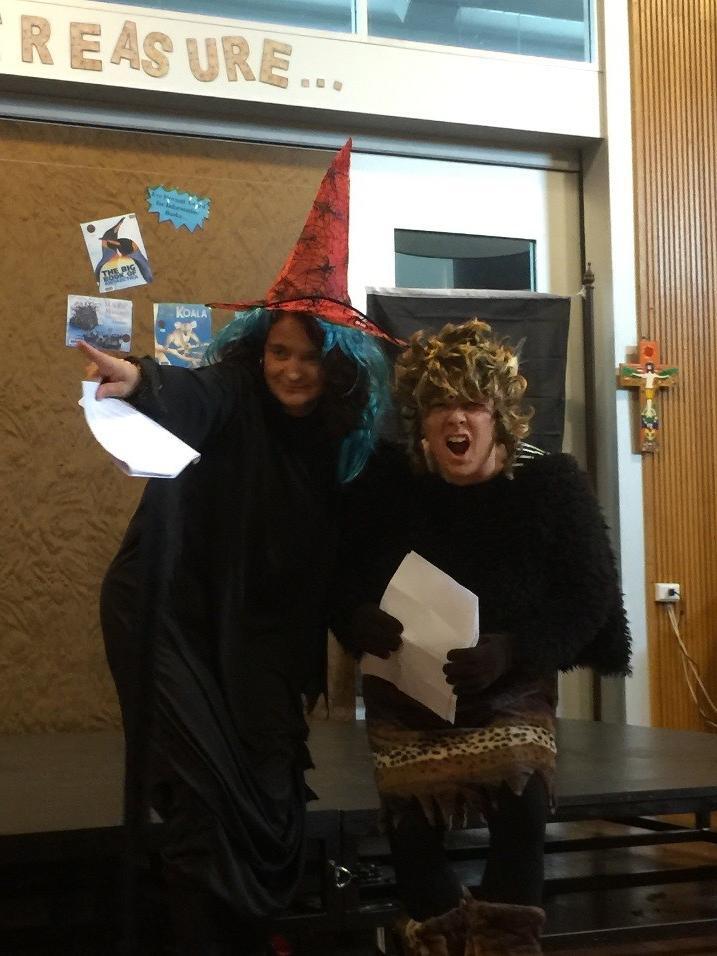 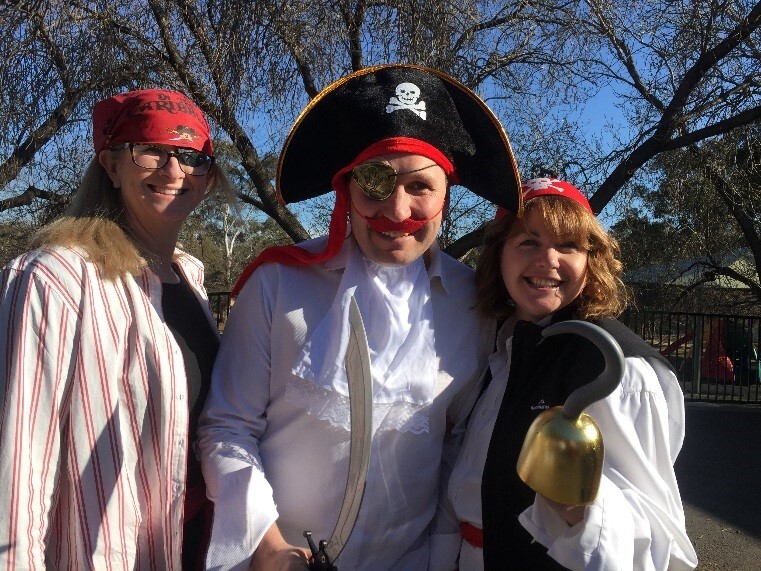 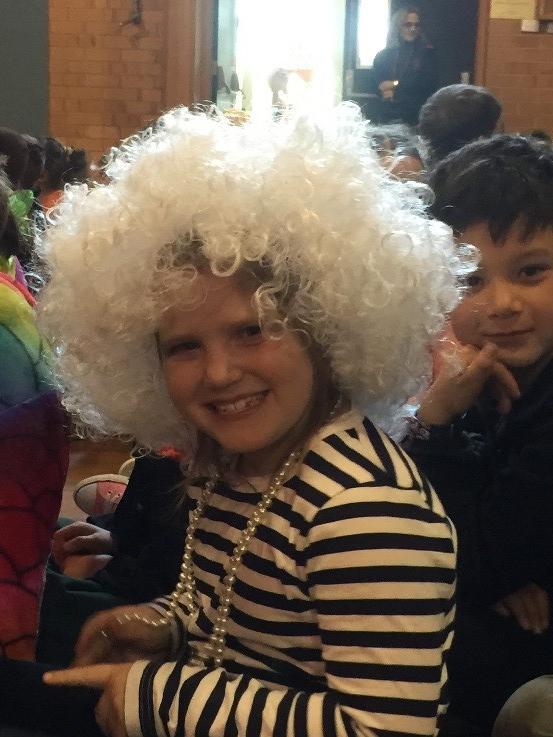 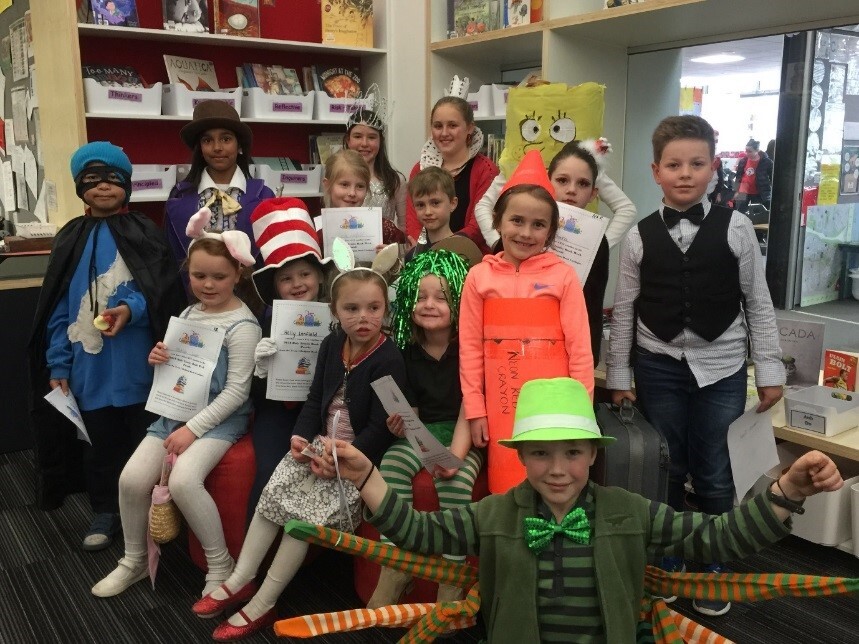 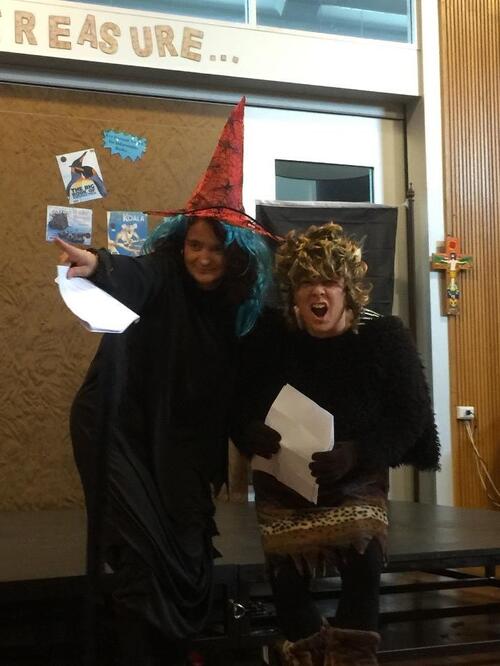 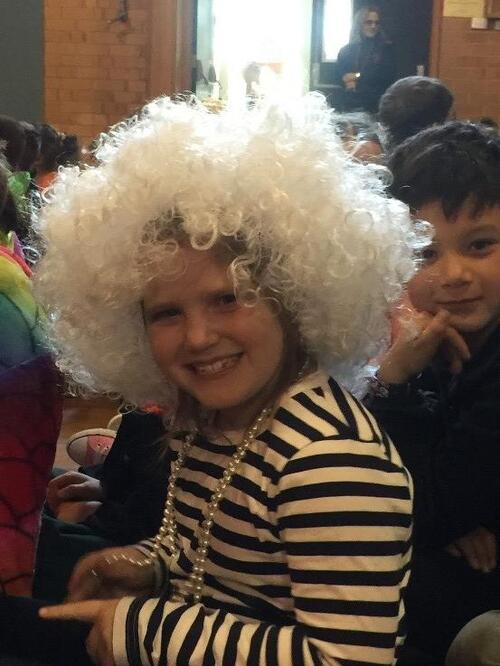 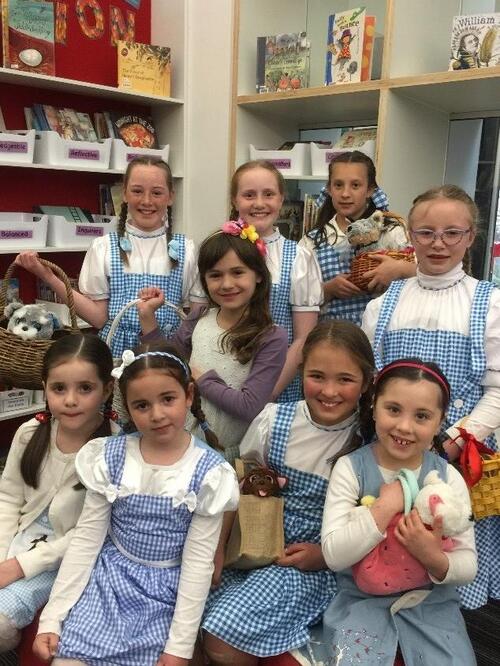 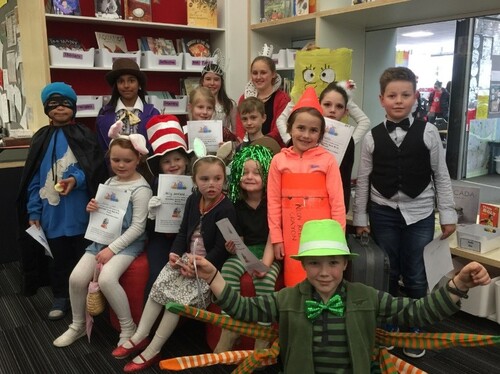 What kids learn from fathers

High work ethic, honesty, supportiveness and loyalty were all values that men attributed to their fathers.

A Galaxy Research study found that three quarters of Australian dads nominated their father as the person from whom they learned their most important life skills.

Shaving, riding bikes, driving and changing tyres are the skills that men attributed to their dads.

At first glance these may not appear too startling but dig a little deeper and you find that they attribute vital lifelong success characteristics to their dads.

High work ethic, honesty, supportiveness and loyalty were all values that men directly attributed to their dads.

The results of the study show that dad is the ‘doing’ guy. Mothers tend to interact with their kids differently. They are more verbal, more astute at developing interpersonal skills and more likely to reveal what is on their mind.

The language of fatherhood is about activity – dads teach many of their important lessons through activity. Learning to be a good sport, to share and to work toward a goal are lessons that dads teach their kids in very hands-on ways.

The study also showed that it was through activity that men formed their relationships with their dads.

Playing, tinkering, building and pulling things apart are the modus operandi of many dads.

What do dads teach girls?

Dads teach girls fundamental lessons about interacting with males. As my girls were growing up I wanted them to expect to be treated well and respectfully by males (both present and future) as well as having the confidence to be assertive.

That meant that I needed to treat my daughters kindly, while allowing them to speak up to me (in the nicest possible way) when needed.

Numerous studies have linked fathers with the healthy development of girls, including self-esteem and confidence.

This is a challenge as dads tend to be protective of their daughters and hard on their sons.

It’s lucky then that most mums are protective and super-supportive of their boys! The yin and yang that mothering and fathering provides is a fabulous balance for kids.

Boys grow into their dads

Little boys want to be like their dads. They attribute superman-like qualities to their fathers. Dads need to make the most of this while they can because their sons become teenagers and try hard to reveal their feet of clay.

The GOOD NEWS is that the Galaxy Survey showed that most men still want to be ‘like their dad.’ That boyhood dream doesn’t diminish in adulthood. That’s lucky as most men become like their fathers, hopefully better versions! 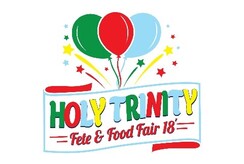 Raffle tickets have been sent home…

thank you for your support in purchasing and selling these tickets.

Amazing prizes to be won!

We’re still after more drinks – cans of soft drink or bottles of water. Please drop to the front office or in your classroom basket. Thank you!

Week 7: Next week – Round 2 of Tombola Jar donations

Many thanks - Athena Cains and the Year 2 class coordinators.

7.30-9.30pm in the library – materials and refreshments are all supplied. Come along and join the fun – no experience necessary…just enthusiasm and a sense of humour.
Ideally please RSVP to Jo Hamilton on 0407 002 513 or johamilton2007@gmail.com; although you are welcome to just turn up on the night. If you are keen to assist but can’t make tonight, please get in touch as we can give you a take home kit. Jo

Thank you Year 5/6 students for your enthusiasm and leadership in selling raffle tickets and helping Jo with art and craft…we look forward to your continued wonderful support in the weeks to come. 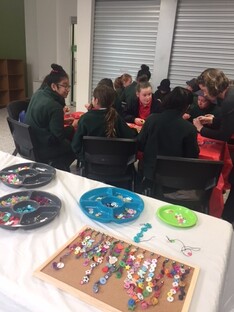 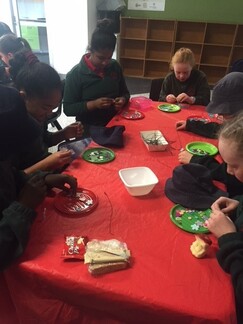 We would like to congratulate Olivia D form Year 6 on a steller performance. Olivia performed with Woden Valley Youth Choir in their annual concerts over the entire weekend. Congratulations and all the very best for Olivia's upcoming performance with Opera Australia - Madame Butterfly. 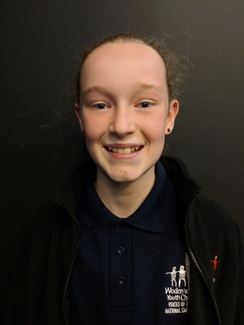 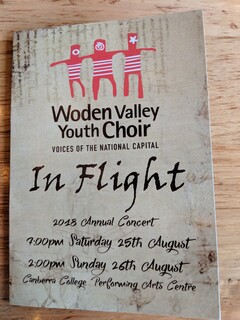 Are you a music student? Does your family love music?

Join us on Wednesday 5th and Thursday 6th September for an exceptional orchestral experience featuring one of the greatest and most electrifying Australian saxophone players, Nick Russoniello.

The ActewAGL Llewellyn Four Concert is a feast of the most extraordinary and influential French music – a rich and exciting combination of Debussy’s Rhapsody, Ravel’s Bolero and Berlioz’ Symphonie Fantastique.

This concert is a must-see for music lovers! A free pre-concert talk begins at 6:45pm in Llewellyn Hall.

We have special offers for students and their families. For more information, visit https://cso.org.au/student-group-and-family-pricing/ or make a booking by calling David at CSO Direct 6262 6772 (weekdays 10am to 3pm).

Can’t make it? Our next concert in November features violin!

Each week we are going to have some fun problem solving questions for the students in the newsletter. We are hoping to increase the students understanding and knowledge when working with word problems/open ended questions. Feel free to support your child with the questions. Please email me your child’s answers or your child can hand me their work at school.

Mrs Swan has a frog called Freddo. Last week Freddo got stuck in a well. Freddo wants to get out from the bottom of the well. Each day, he climbs 3m up the wall of the well and then rests. But the wall is slippery and he then slips down 1m. The next day he does the same thing. In fact he does this every day until he gets out of the well. The well is 13m deep. How long does it take Freddo to climb out of the well?

What’s more, the four numbers on the tiles in the answer to the sum (the numbers in the bottom row), add up to 9. Congratulations to our first debating team for achieving a win against St Peter and Paul’s Primary School.  The team consisted of Olivia D, Georgia O, Rosie N and Mackennah G who were the affirmative side to argue that All Catholic primary schools in Canberra should have the same sports uniform. Both sides spoke excellently and put forward relevant arguments. Holy Trinity were praised for their preparation and for their rebuttals. Olivia D was also awarded Best Speaker for the debate – well done! 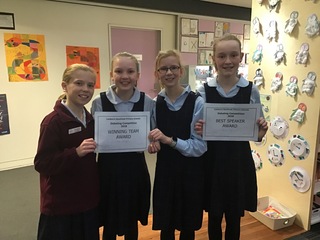 Sharon Hickey, one of our wonderful parents, has won the 2018 Volunteer of the Year award at SCNA Netball Association. She was nominated for all of her hard work she does in co-ordinating the Holy Trinity Saturday morning netball teams.  Thank you Sharon and congratulations. 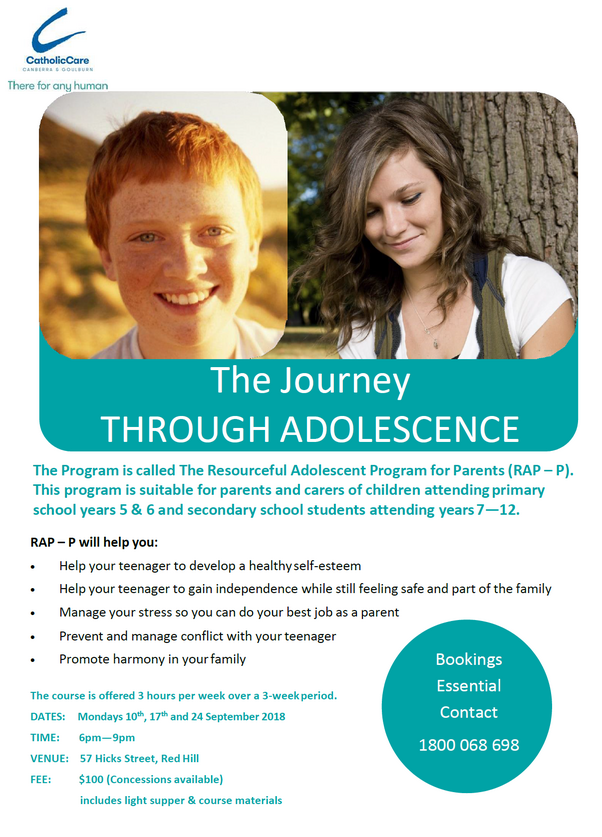